Carbon fiber is an enabling material that has seen dramatic growth and adoption across a wide range of commercial applications since it became a truly industrialized material in the early 1970s. It is an exciting material as it offers performance improvements, dramatic weight savings, thermal expansion control, stiffness, stealth possibilities, fatigue resistance and other unique properties. The types and forms of carbon fiber available must be understood when selecting the appropriate fiber for each application.

Commercially available carbon fibers are based on one of three precursor materials -- rayon, PAN (polyacrylonitrile) and pitch. Early research in each of these carbon fiber types dates back to the late 1950s. Rayon, converted into a carbon fiber, was found to deliver the strongest and stiffest material for its weight that had ever been produced. By 1963, Curry Ford and Charles Mitchell were granted a patent for making fibers and cloths by heat treating rayon to temperatures up to 3000 °C. These were the strongest carbon fibers commercially produced to date and led to the entry of carbon fibers into the “advanced composites” industry. Research in converting more efficient precursors was occurring simultaneously in both Japan and the U.K. Akio Shindo of the Government Industrial Research Institute in Osaka, Japan made fibers in his lab with a modulus of more than 140 GPa, about three times that of the rayon-based fibers produced in the U.S. In 1963, scientists in the U.K. also patented the process for producing even higher modulus PAN-based carbon fibers. The secret behind these quickly improving carbon fibers was the access to pure PAN which is the polymeric backbone that provided an excellent yield after processing.

In the early 1970s, it was discovered that heating pitch (petroleum or coal based) would produce a high carbon organic precursor that could be used to produce carbon fibers. Pitch-based carbon fibers deliver superior modulus and thermal conductivity but come up short in tensile strength and compression strength as compared to PAN-based carbon fiber.

Continuing research and development on these novel carbon fiber materials in the years that followed led to the innovations that we see today. Carbon fibers from all three precursor types are commercially available today but PAN dominates with well over 90% of carbon fibers being produced from this precursor.

Composite parts producers now have a wide range of carbon fiber performance and product forms from which to choose. Advanced composite part manufacturing has matured in recent years, moving from hand layup of carbon prepregs to a number of automated and rapid production processes. The cost of manufacturing carbon fibers has declined over the years as the development of cost-effective manufacturing techniques for carbon composites has increased, leading to the broad adoption of advanced composites.

As the use of carbon fiber composites grows, the industry must focus on end-of-life technologies for composites. Economic recycling, reclamation and reprocessing techniques are showing great promise for carbon fiber. Methods now exist to separate the carbon fiber from the matrix with little degradation and to repurpose them into a wide variety of applications. Continued advancement in composite recycling will be essential to ensure continued competitiveness with traditional metals and plastics going forward.

Hexcel is proud to have been an important part of the early development and commercialization of carbon fibers. We also have technologies, products and value-added processes for carbon fiber including weaving, non-crimp fabrics, prepregs, and additive manufacturing materials. We have manufacturing scale and installed capacity to meet the needs of the industry going forward. And we will continue to be an industry leader in carbon fibers with a broad product portfolio and an unrivaled range of product offerings that deliver excellent performance across many aerospace and industrial applications 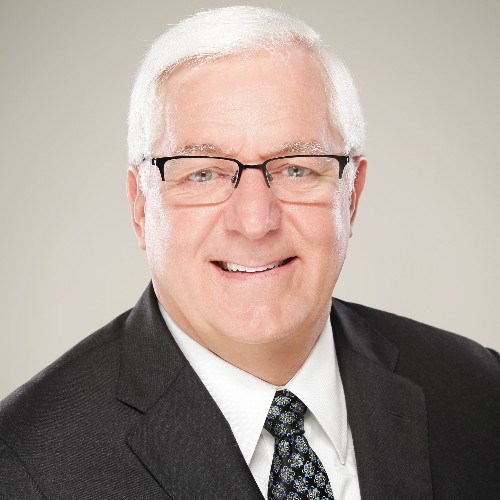 Tom Haulik is the Sales Director for Global Carbon Fibers at Hexcel. He has 40 years of experience in the carbon fibers industry having held various positions in sales and marketing throughout his career. He is active in industry organizations and is currently a Trustee and member of the Board of Directors at SAMPE (Society for the Advancement of Materials and Process Engineering) where he previously served as International President. He is active in CAMX, ACMA, NCTO and other industry organizations. He earned a degree in industrial engineering from The Pennsylvania State University.